The partnership follows Piastri’s announcement he will drive for the prestigious McLaren Formula 1 team in a multi-year contract starting from the 2023 FIA Formula One World Championship season.

Quad Lock founder Rob Ward said as a rising success story from Melbourne to the world, Oscar epitomizes the commitment of the brand to supporting young talent as they rise through their chosen sports.

“We are thrilled that Oscar will be making his F1 debut next year, and his rise from Melbourne go-karting to the top of the world stage makes him an excellent fit for the Quad Lock ambassador team,” Ward says.

“After the past few years, we are focusing on helping our community in both their adventures and everyday life, and can’t think of anyone who embodies the Quad Lock active lifestyle in a more committed way than Oscar. 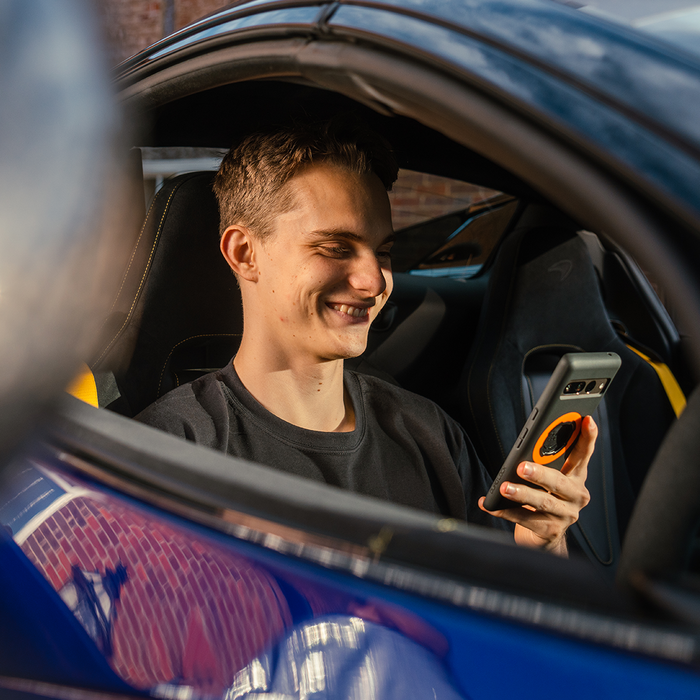 Piastri is excited to partner with a brand that mirrors his own rising success at a global scale. Quad Lock brand launched its business with a successful online KickStarter campaign in 2011, the same year that Piastri entered his first kart races in Melbourne.

Quad Lock has found global success being sold in more than 100 countries around the world from its Melbourne base, like Piastri has taken on the ultra competitive world of motorsport.

“Competing in Formula 1 is a huge commitment, with 23 races scheduled next year around the globe, and Quad Lock will ensure I remain connected to my activities outside of driving a Formula 1 car, whether that be training, traveling to events or keeping in touch with family and friends on the move,” Piastri says.

The highest levels of motorsport have alway shown a commitment to safety, leading the way for improved road driver safety. With a number of road accidents each year attributed to distracted drivers, Quad Lock’s recently expanded car mounting range provides great options to securely mount your smartphone whilst driving.

We are super excited to support Oscar as he makes his F1 debut in 2023 and to be able to add him to our growing list of Ambassador's around the globe including the likes of Ricky Carmichael, Charley Boorman and Jack Moir.